ONLY A FEW ROOMS LEFT! Be pampered on the Crystal Mahler as you sail the Danube River with our host Jeff Hutcheson.

aboard the Crystal Mahler hosted by Jeff Hutcheson

Join us for this All Exclusive Crystal Cruises River Cruise on this carefully crafted itinerary along the Danube River, from Vienna, Austria to Budapest, Hungary. We will start our journey exploring the vibrant city of Prague, Czech Republic for two nights before transferring by luxury coach to Vienna to board the Crystal Mahler for our cruise.

Renowned as The World's Most Luxurious River Cruise Line, Crystal River Cruises' all-suite, butler-service experiences are truly exclusive. Join us aboard the Crystal Mahler where we will start our trip in Prague on October 26 and spend two nights. We will then take a luxury coach from Prague to Vilshofen to meet our exquisite river ship, the Crystal Mahler. From October 28 to November 4, we will cruise from Vilshofen with stops in Linz, Passau, Melk, Durnstein then onto to Budapest, Hungary on the "Queen of the Danube" and experience this luxury for ourselves.

﻿About the Tour & Cruise 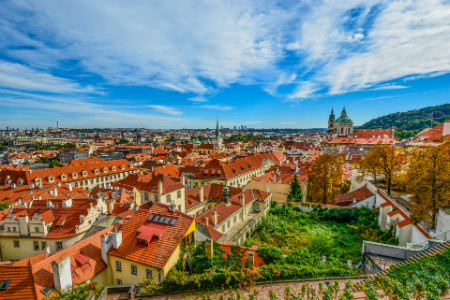 We will start our journey in the beautiful city of Prague, Czech Republic. On arrival, we will check-in to the Grandium Hotel (or similar), a beautiful 5* star property located in the center of the city. The next day, we will take a Prague city tour and have some free time to explore. We will experience a welcome dinner on one of our two nights in Prague before departing for Vilshofen, Germany on October 28, where we will board the Crystal Mahler.

Extraordinary personal attention, butler service for every suite and superb, farm-to-table cuisine are among the defining characteristics of Crystal River Cruises, as are plush on-board amenities, the largest luxury suites in river cruising, expansive social spaces crowned with skylights and glass roofs, and an ambiance of boutique elegance. 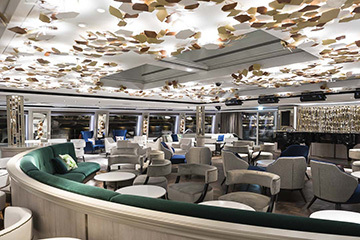 Crystal dining is an inspired culinary experience created by Crystal's award-winning chefs, with modern and classic menu options featuring the freshest local ingredients when available. All restaurants on the Crystal Mahler offer open seating, and provide you with a choice of venues for breakfast, lunch, and dinner. 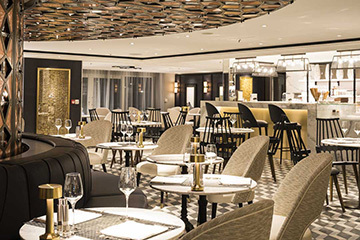 The Crystal river ships' on-board experience is unparalleled. You can participate in as much or as little of the offered activities and programs as they like, customizing your river cruise to your specifications. Options include health and wellness (fitness centre, daily yoga & fitness classes, swimming pool, full-service Crystal Life Spa), entertainment, and distinguished local lecturers.

A large part of the thrill of river cruising is the opportunity to tour the destinations and ports of call along the way. Crystal provides you with numerous opportunities to discover authentic Europe, with a choice of adventures according to your preferred activity level. Tour options will include morning, afternoon, and full-day programs, local expert escorts, small & personal group sizes, pre-reservations for tours, and Atlanta e-bikes for those who wish to explore on their own. 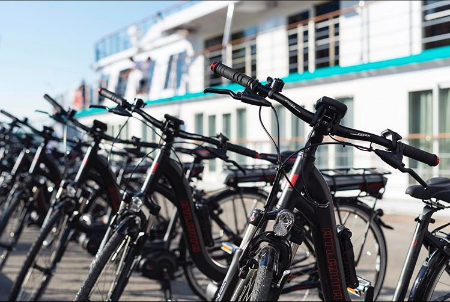 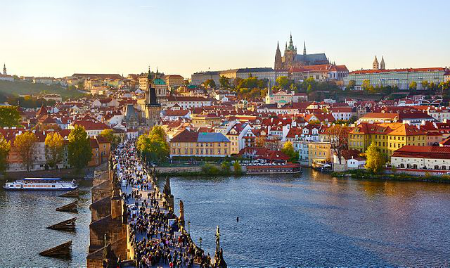 Prague, is situated on the Vltava River in central Bohemia. It is the capital and largest city of the Czech Republic. The city proper is home to about 1.3 million people, while its metropolitan area is estimated to have a population of over 2.3 million. It has been a political, cultural and economic center of Europe and particularly central Europe for the over 1,100 years of its existence. For centuries, during the Gothic and Renaissance eras, Prague was the permanent seat of two Holy Roman Emperors and thus was also the capital of the Holy Roman Empire. The city played roles in the Protestant Reformation, the Thirty Years' War, and in 20th-century history, both during the two World Wars and during the post-war Communist era. 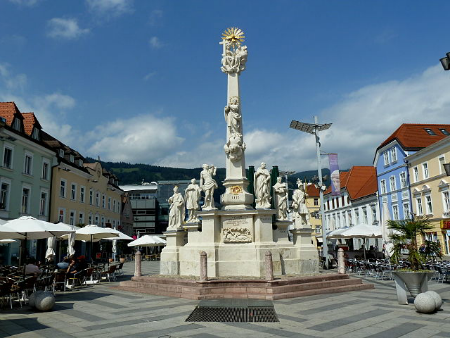 Vienna is the capital of the Republic of Austria and one of the nine states of Austria. Vienna is Austria's primary city, with a population of about 1.7 million (2.4 million within the metropolitan area, more than 25% of Austria's population), and is by far the largest city in Austria, as well as its cultural, economic, and political centre. It is the 10th-largest city by population in the European Union. Vienna is host to many major international organizations, such as the United Nations and OPEC. The city is also known for its Imperial palaces, including Schönbrunn, the Habsburgs’ summer residence. Apart from being regarded as the City of Music because of its musical legacy, Vienna is also said to be "The City of Dreams" because it was home to the world's first psycho-analyst - Sigmund Freud. 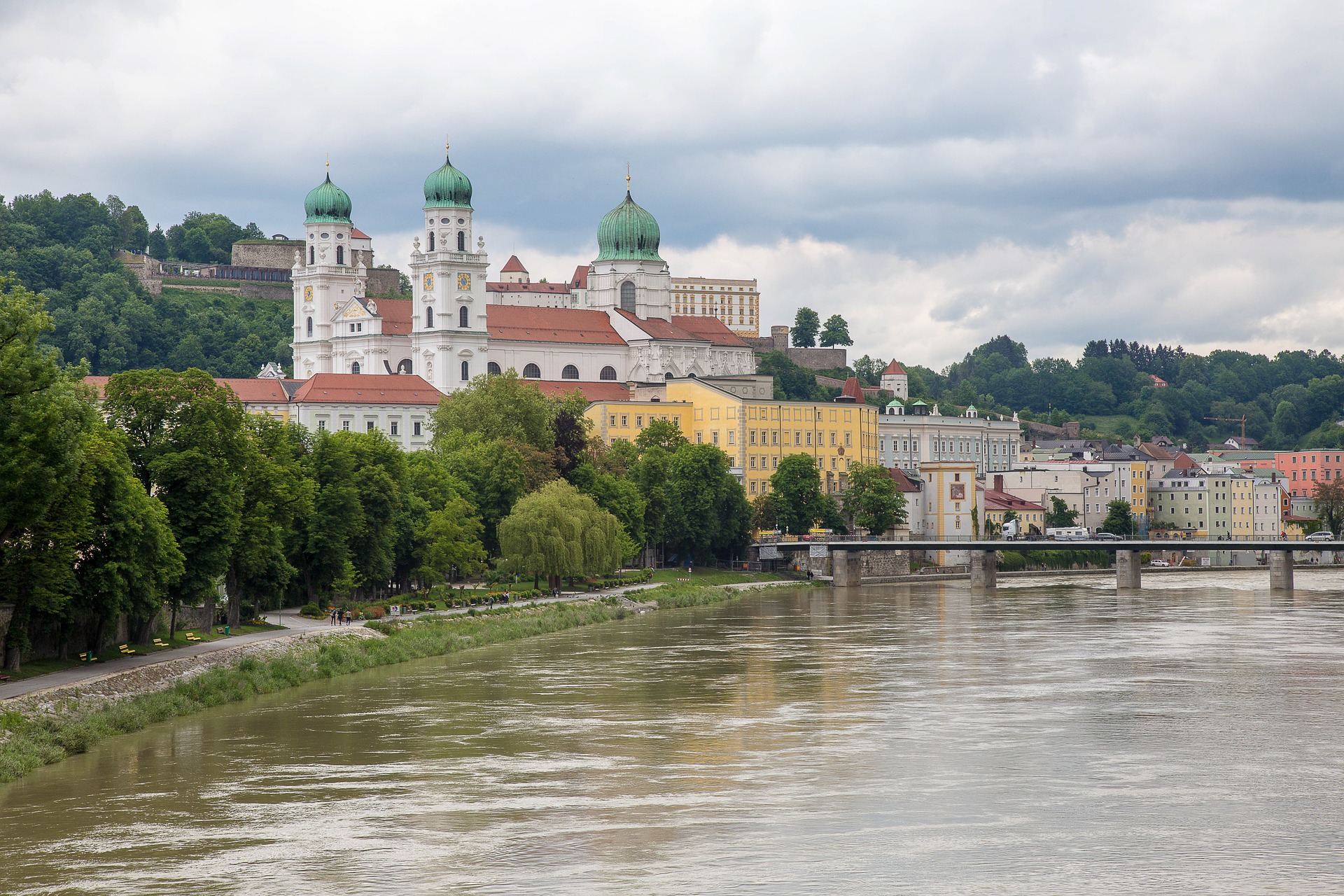 At the confluence of the Danube, Inn and Ilz rivers, Passau is also situated at a meeting of cultures. The town began as a Roman settlement, enjoying the rising tide of influence as the largest bishopric in the Holy Roman Empire and enduringly vibrant as a hub for various trade pursuits, including salt, swords and ideas. Wander the cobbled streets of Old Town, gaze upon arched bridges and Italianate manses and visit magnificent St. Stephen’s Cathedral and New Bishop’s Residence. 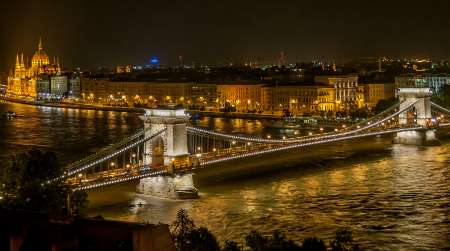 Budapest is the capital of Hungary. As the largest city of Hungary, it serves as the country's principal political, cultural, commercial, industrial, and transportation centre. In 2010, Budapest had 1,721,556 inhabitants, down from its 1980 peak of 2.06 million. The Budapest Commuter Area is home to 3,271,110 people. The city covers an area of 525 square kilometres (202.7 sq mi) within the city limits. Budapest became a single city occupying both banks of the river Danube with a unification on 17 November 1873 of right (west)-bank Buda and Óbuda with left (east)-bank Pest. Budapest is one of Europe's most delightful and enjoyable cities. Due to its scenic setting and its architecture it is nicknamed "Paris of the East."