Join Kevin & Michelle for this luxury Danube river cruise from Vilshofen to Budapest aboard the Crystal Ravel.

Delightful Danube: A Luxury River Cruise from Vilshofen to Budapest

The Crystal Ravel will be your home for this 7-night luxurious Danube River Cruise from Vilshofen, Germany to Budapest, Hungary, hosted by Kevin & Michelle Hayward.

﻿ Six-star service with the highest staff-to-guest ratio among all river cruise lines
﻿ Michelin-level cuisine with the freshest ingredients and finest wines
﻿ An all-suite ship with staterooms that are enclaves of elegance
 An experience showcasing the wonder of each destination with cultured insight and immersive exploration ashore
 Serenity and calm throughout the spa, wellness, and fitness facilities and experiences 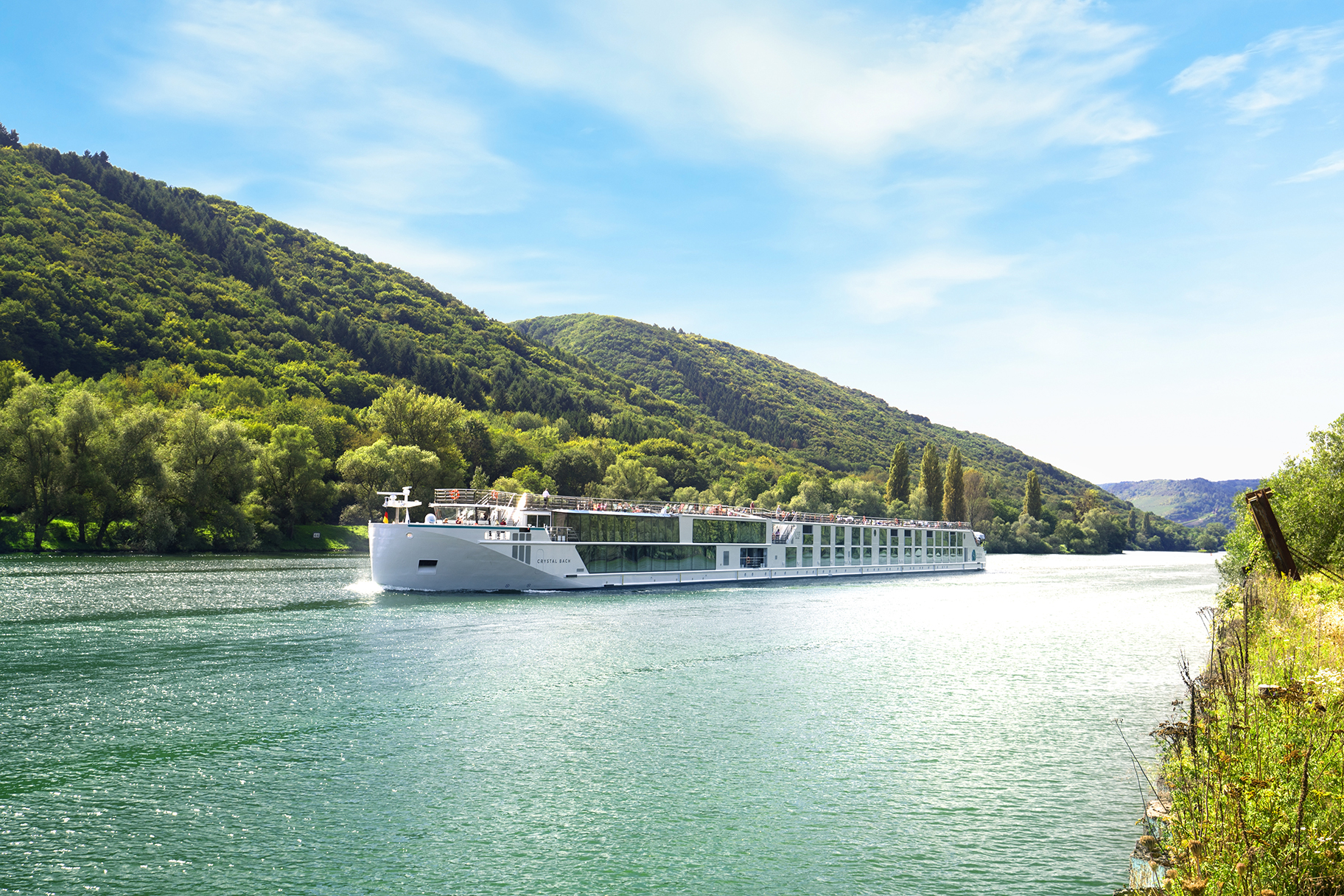 DAY 1: Sunday, March 28
Embark in Vilshofen, Germany | Depart at 11:00 pm
A skyline graced by the spire of a historic church and the arch of a more modern bridge reveals the essence of Vilshofen's appeal. Here where three rivers meet – the Vils, Wolfach, and Danube – you'll enjoy cycling expedtions on pretty paths and hikes in the neighbouring Bavarian forest.

DAY 2: Monday, March 29
Arrive in Linz, Austria at 9:00 am | Depart at 8:00 pm
Named the European Capital of Culture in 2009 and added to the roster of UNESCO Creative Cities as a City of Media Arts in 2014, Linz embraces the present and future, with reverence to its past. The city's layout reflects its history, with an ancient medieval centre encircled by neoclassical, neo-baroque, and neo-Renaissance neighbourhoods.

DAY 3: Tuesday, March 30
Arrive in Passau, Germany at 9:00 am | Depart at 5:00 pm
At the confluence of the Danube, Inn, and Ilz rivers, Passau is also situated at a meeting of cultures. The town began as a Roman settlement, enjoying the rising tide of influence as the largest bishopric in the Holy Roman Empire and enduringly vibrant as a hub for various trade pursuits, including salt, swords and ideas. Wander the cobbled streets of Old Town, gaze upon arched bridges and Italianate manses and visit magnificent St. Stephen’s Cathedral and New Bishop’s Residence.

DAY 4: Wednesday, March 31
Arrive in Melk, Austria at 9:00 am | Depart at 1:00 pm then Cruise the Scenic Danube Wachau Valley | Arrive in Durnstein, Austria at 3:00 pm | Depart at 11:59 pm
Best known for its fortified baroque Benedictine monastery, Melk Abbey, the town of Melk boasts an assortment of smaller gems. Among them, the city’s riverside location, serene and regal with a ribbon of wooded groves giving way to the lovely village. Cobbled lanes and a petite size make for a pleasant stroll with a chance to discover its 16th-century Town Hall, or Rathaus, in the center of town, and Haus am Stein, or House at the Rock. Built in the 15th century, the vine-covered abode is Melk’s oldest building.

Considered one of the most visited tourist spots in the Wachau Valley, Durnstein is in a robust wine-growing region sitting alongside the Danube river. Durnstein Castle, the region's famous architectural highlight, sits atop a rocky mountain, high above the Danube, at its base. Durnstein's beauty is enhanced by verdant forests, rolling hills, and thriving vineyards that surround the town. Sip some of the region's local wines and enjoy a leisurely day in this postcard-worthy European town.

DAY 5: Thursday, April 1
Arrive in Vienna Austria at 7:00 am
Once the capital of the Austro-Hungarian Empire and forever known for its manicured gardens, ornate architecture –  especially that of the famed Ringstrasse – and distinguished roster of composers who either were born or lived here, Vienna finds itself at the very center of European culture, even as it sits near the border of the Czech Republic, Slovakia, and Hungary.

DAY 7: Saturday, April 3
Arrive in Budapest, Hungary at 9:00 am
Commanding both sides of the Danube – with the Chain Bridge connecting hilly Buda with flat Pest – Hungary’s capital enchants with its magnificent architecture of domes and spires, 18th-century homes, bridges and lampposts. The UNESCO-listed Castle Hill welcomes all to explore Buda Castle, Trinity Square, Matthias Church and Fisherman's Bastion.

DAY 8: Sunday, April 4
Disembark in Budapest in the morning

Why not start your vacation with a few days in historic Prague? This optional pre-tour will show you some of the sights that make Prague a must-visit destination.

DAY 2: March 26
Upon arrival on March 26, you will have a private coach transfer from the airport to Grandior Hotel Prague, a four-star hotel in the heart of the city. Enjoy your two nights’ accommodations at this four-star hotel, with breakfast included daily.

DAY 3: March 27
We will have a 4-hour walking tour in this breathtaking city. Our local tour guide will show us the sights, including a visit to Prague Castle, a UNSECO site and one of the country’s most important cultural monuments. It also happens to be the world’s largest castle complex! That evening we will be treated to a 3-course dinner with unlimited beer, wine, soft drinks, coffee, and aperitif. We will also take in a folklore show and then be transferred back to our hotel via private coach.

DAY 4: March 28
After our breakfast, we will depart the hotel on our private coach for Vilshofen, Germany. The journey will take us across the picturesque Czech countryside, through the heartland of many small villages and farms to the port city of Vilshofen, where we will board the Crystal Ravel for our cruise.